After the event of this weekend, I started earlier the production of my week days comics and create a special series for the Orlando victims of Pulse Night Club from Sunday early morning.

This is the official drawing: Enemy Public 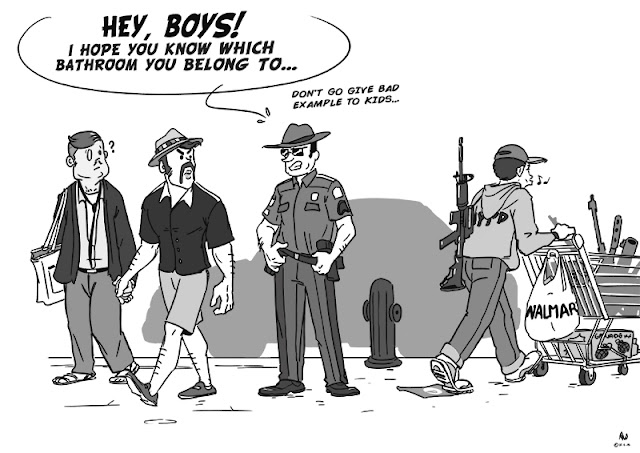 Since the previous days, however, the movies series that I am watching while working, is the famous tetralogy "Alien". After watching it for good dozen of time now, I start to see it differently. Sunday night, after reflecting on the previous night event, something made sudden light. Alien isn't just a sci fiction horror movie, it is a metaphoric caricature of what is going on write now. I know this wasn't the intention of the directors, but that is how it evolved, seeing our society.

It is "funny" how creators from the past tried to just picture somethings in fictional future so horrible that it for sure won't happen, and ended up being not so far from the actual reality. 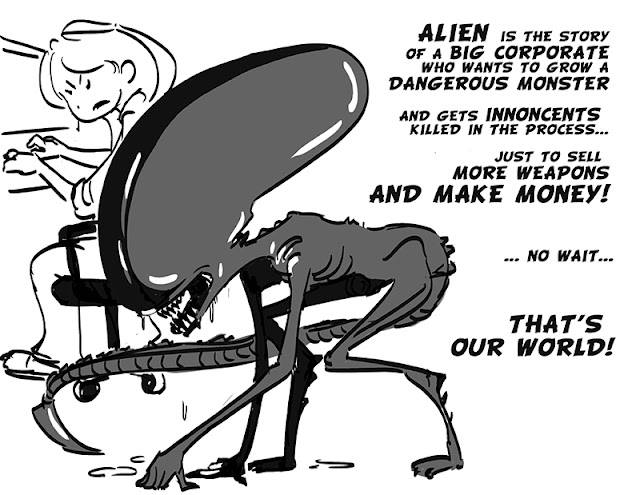