THE AGE OF GALAKOS - SKETCHES

When I get tired of working on my project at school sometimes I allow me to have a little drawing break. I open a new file on photoshop and took 30 minutes to draw what ever I think of. A scene pick from another project. That actually helps me better than a coffee to refile my energy for work. It's like the casual pastry that you allow to yourself during a diet time... 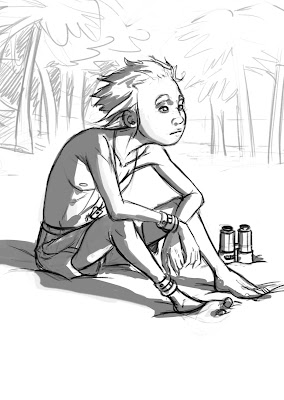 This scene occurs during his 12's year summer internship while he is working as a junior sea life-guard on the moon Eldron, system 2PX63, for the holiday galactic chain center "Evenstar City". A short while after, the young Tiamac will meet M.J, the tattoo shop owner who will became his main future internship tutor and art teacher. 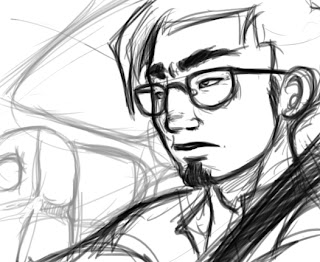 This is extracted from the first page of final episode of the "Idan's Cycle" : The Legend of Ene-Samaha.
Morgan is rushing to Alena's house, after being called in the middle of the nigh.
No comment about the rain missing... I was more interested on Morgan's adult face

"Cigarets always aim to be shared, don't you think ?" 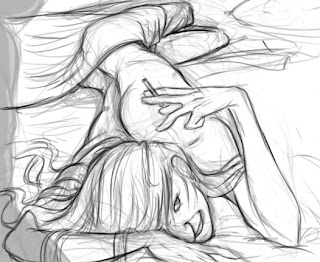 My favorite character... No comment about this one... Uh-Uh-Uh !

Those are sketches for future promotion poster of the fourth episode of "Idan's Cycle - the Heir". For the rest, no more information. No spoil ;)

This one is just a little fun for me after preparing the original versions... I think they look good together.

TODAY in " Teaching Life" : How to make someone understand that he is unwelcome in your life !!

Lesson N°2 : Put scare and strict limits between you and the "bug". And most of all, be sure and ironminded in your action, in order to not give him any opening to spoil. 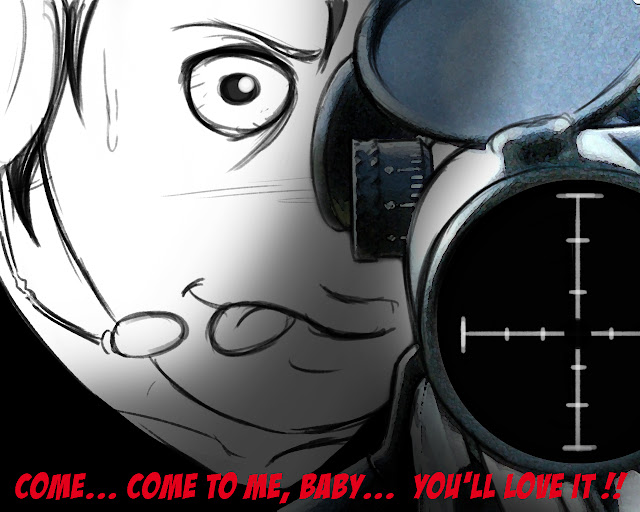 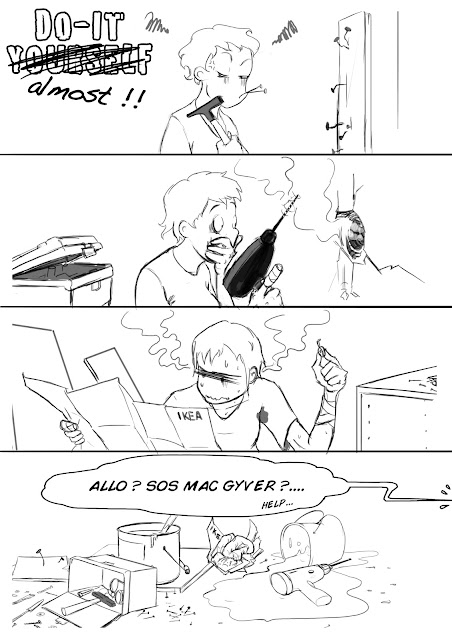 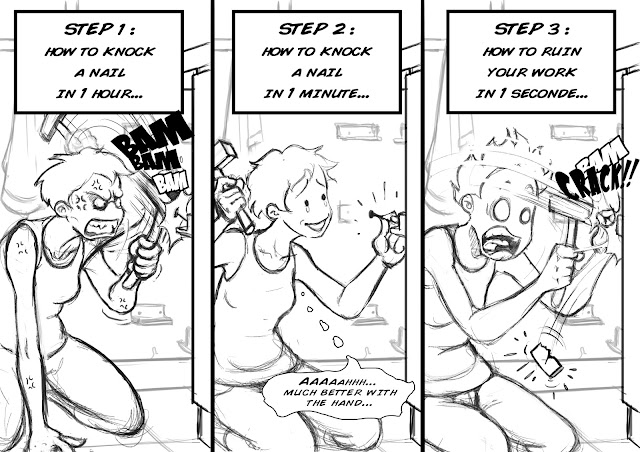 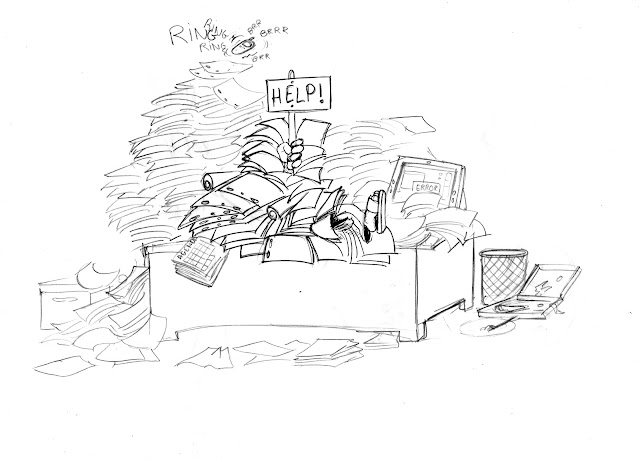 TIE ME DOWN - UN FIL A LA PATTE 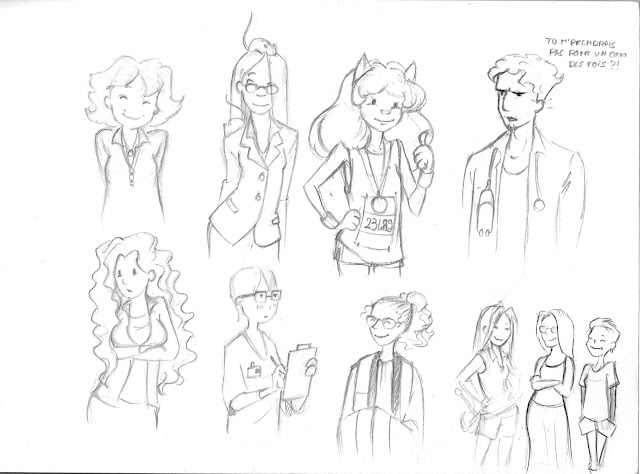 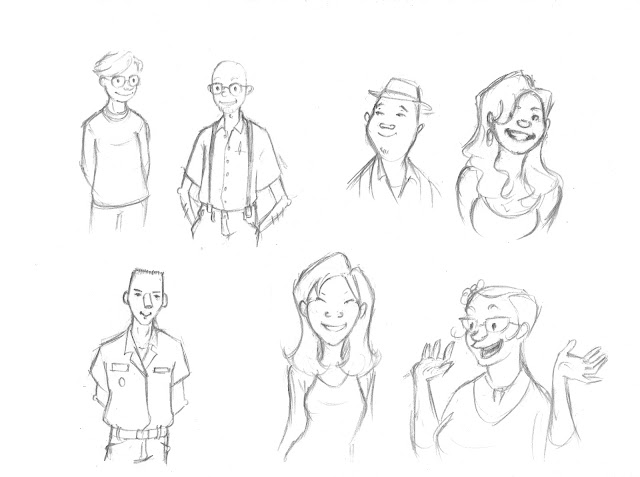 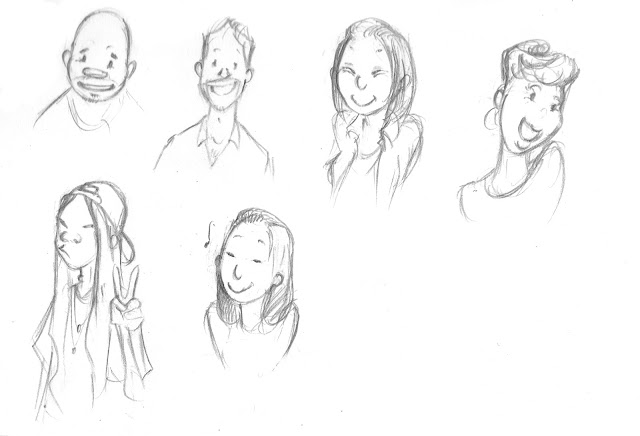 MY NAME IS JINX